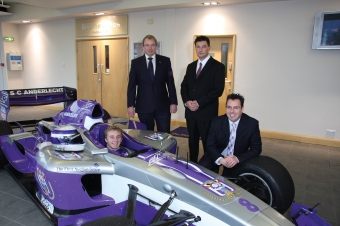 After a successful season racing for RSC Anderlect in the Superleague Formula, FLAG Sponsered Craig Dolby showcased his car in FLAG's reception at Coalville.

The car was a focal point during the IMI membership meeting hosted by FLAG where John Howett, President of Toyota Motorsport was a guest speaker.