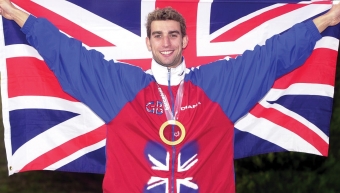 FLAG Sponsored James Gibson set down his marker for another medal after breaking the World Championship record for the 50 meters breaststroke yesterday.

Gibson, who won the bronze medal in the 100m breaststroke on Monday, bettered his own British and Commonwealth record of 27.51 seconds with a time of 27.46 in his semi-final heat.